is not a disease 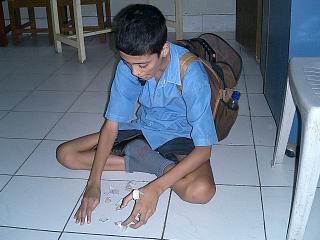 We do not know what autism "is"

'For more than 20 years, we have had enough expertise in "autism" to know that the one-size-fits-all concept of "autism" (and even that of one (= a single) autism "spectrum" disorder) will not get us anywhere in research or clinical practice.'

Autism as such does not exist

'For too long, medicine and research have treated autism as if it were a uniform, clearly definable syndrome.' ... Yes, there are children with profound developmental difficulties, but they are not a unified group, - neither in the sense of symptoms, nor underlying causes.'

Autism does not exist as a single disorder

Saying this is actually taboo at this time, but in reality has the evidence of over 40 years of research on its side. If you have also always had this feeling, you are right with me and on my website. If you are more interested in understanding your child and wonder about certain behaviors your child exhibits, you are in good company with an increasing number of renowned and concerned scientists, therapists, and parents. If not, there are many other websites and information available to you on the Internet.

All the research results of the past 40+ years indicate that the term autism is NOT a single or in any way uniform disorder, or different 'autisms', but a range of symptoms and quite different causes, - just as a fever is not a disease in itself. It would have been so convenient if autism were, as initially hoped, a distinct physiological disorder, and a drug, like a kind of painkiller, could be prescribed and sold for it, as some researchers had thought! But this is not so.

From a biological point of view, everything indicates that there is no such thing as a separate disorder of "autism". From a clinical point of view, experience shows that "autism" is a diagnosis that can potentially cause harm, also because it does not help us to understand this child, or this person, in his or her individual humanity. Moreover, the diagnosis of autism does not in any way illuminate what has led to the behaviors at hand or what this child, or this person, needs in order to overcome any difficulties and develop in the best possible way.

Therefore, the question increasingly arises to what extent autism is meaningful as a diagnosis? And that's why the term 'autistic-like behaviors' is so important to me: it still keeps the door open for all kinds of new, and perhaps unexpected, developmental steps. Because children, and every human being, is incredibly capable of development!

When parents are concerned about their child and his development because they do not understand some of his nonverbal communications and behaviors, they need empathetic support from someone who will listen to them and set out with them, like detectives, to understand and address the underlying causes. Since it is human development, the main components of this will always be genuine emotional interest, empathetic relationships and openness to human feelings.

Autism and autistic are meaningful for a small group of children and people as a description of a certain human withdrawal behavior to oneself and into a pre-symbolic sensory-dominated state of mind as a way of being that avoids awareness of 'the other' and thus limits one's own personality development. This way of being and state of mind can also change if we help the child to develop interest in relationships with 'the other' and the world around him.

Development is an art

Human development is not automatic, but relationship-dependent from the very beginning. Children, and all of us as human beings, need the help of another caregiver turned towards us when we have fallen into dead ends or habits that are not conducive to healthy development, in order to help us find our way out of where we got stuck and help us get back on the path in the right direction using the so-called brain bridge. Sometimes this is not so easy! But the sky is our limit. And it has none!

'The media, scientific research, and the DSM all speak of 'autism' as if it were a unitary disorder, or a unitary disorder within a spectrum.' But autism is different in different ways from any other unitary disorder. There is no single brain defect that causes it, no single effective medication, and, despite immense research efforts, no single cause or treatment method has yet been found. ... Autism does not exist as ONE disorder. The confluence of symptoms exists, but these symptoms, like a fever, are not a disease in themselves, but a result of various other causes. Only when we stop talking about autism as a unified disorder will research ever be able to make progress in understanding why these symptoms occur and what their various and different causes may be.'

Autism as a diagnosis is not evidence-based

In the last 40 years or so, a huge autism industry has emerged with billions of dollars spent on research projects, countless new testing and therapy methods, institutes, experts, job offers, books, courses, - but without in any way clearly defining what exactly it is. Nowhere is there an answer to the obvious question of what evidence base would permit the conclusion that autism would constitute a natural category, clearly distinguishable from other natural categories, whether disorder or difference. This is because the assumption on which it is based has no foundation and is not evidence-based: that is the only thing about autism that is truly evidence-based. Science as a belief system, not as an evidence-based assessment system.

In fact, however, professional constructs (such as the diagnoses used by psychiatrists, psychologists, and others) do not reflect advances in "scientific" knowledge, but rather very influential cultural and political beliefs and pathologizing practices that, in their impersonal formality, often have negative, unintended consequences for the people involved.

Possibly the term "autism" itself is the main problem for the repeated failure to figure out what autism actually "is" (on a biological and/or psychological level) and how it can best be treated.

Is autism what autism tests measure?

Many parents today worry from an early age (often even before the birth of their child) that their child might 'have' or 'get' autism, and anxiously watch out for any what they believe to be autistic symptoms. And thus the actual child, and what it needs from its parents and caregivers for its emotional-mental development, often recedes into the background to the point of emotional invisibility. This often confirms the parents' fears, and they set out to seek help, and to have their fears allayed. Or to get an autism diagnosis.

But if they now engage in the so-called 'autism assessment', they will inevitably find themselves in a tunnel of lengthy waiting, tests and interviews with experts, from which there is no escape and their true concerns and feelings usually remain unheard, misunderstood and unanswered. Often the final verdict is 'autism' or ASD, often with additional adjectives to ease the weight of the diagnosis. Different evaluators will have different diagnoses. Some parents seeking an autism diagnosis keep seeing new experts until they find someone who says, as one mother told me, 'If you absolutely want, I can give you an autism diagnosis, even if I don't think your child has autism or is autistic.'

The introduction of the term "autism" as the preferred label makes it possible to transform the original problem from a human problem, caused in large part by the socio-political system in which people live, into a technical problem, transformed by experts into something that can be had, gotten, bought and sold. 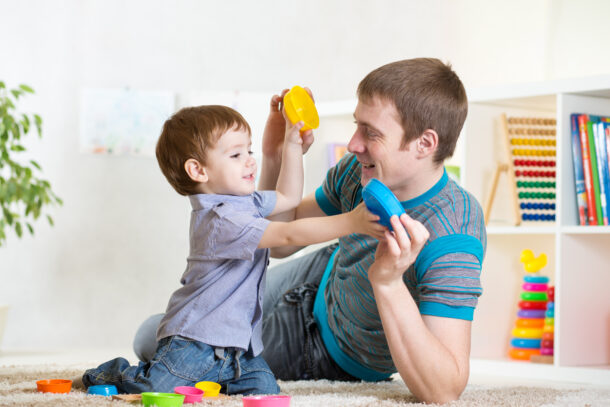 More info on the topic?

Subscribe to my newsletter and receive my '10 key DIRFloortime playing techniques' in your email inbox for free.

You have Successfully Subscribed!

You have Successfully Subscribed!